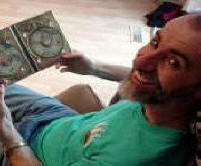 I live in Edmonton, Canada. Click to learn more...

In 1992 I won the Dorothy Shoemaker Literature Award, at that time a joint Ontario Libraries and Ministry of Culture contest for unpublished writers. I have since placed as runner-up in other fiction contests, including the national KW Record contest.

My book, Under a Living Sky, is one of five winners of the 2006 Family Friendly Book Awards in the USA. Winners "promote reading as a tool for family bonding, relaxation and individual, mental and spiritual development."

Before retiring, I worked with special needs students at a local high school.